Adam Brody and Alia Shawkat from the new romantic comedy 'The Oranges' discuss the movie at a press junket at the Crosby Hotel in New York City. They are asked about the fun things that happened during the filming and Adam mentions that there were some musical people on set. 'I believe Hugh brought his keyboards and he was playing, I think Leighton was working on some guitar so it was a musical household', he said.

He also mentions how he didn't have a problem swearing on the movie as he has a 'really dirty mouth anyway' and he and Alia ponder how people will respond to the themes of age gaps and infidelity in the movie. 'I think it will be interesting to see the way people react. not necessarily just that he's older and she's younger but the fact that's it's like in the family and they're doing it anyways', said Alia. While Adam says the whole point of the movie is to question whether or not it's 'okay'. 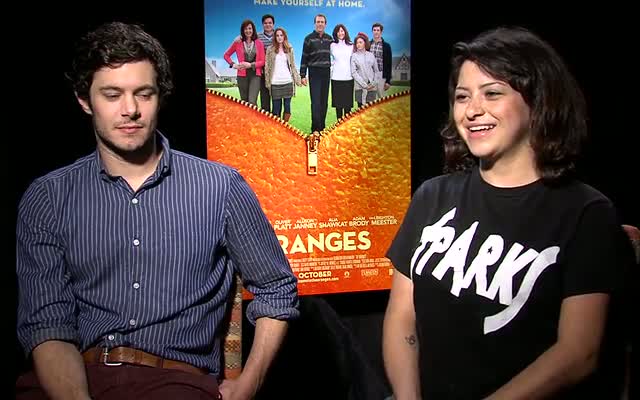