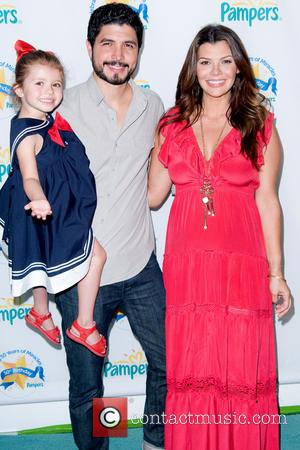 The former Miss Usa has signed on as the face of Palmer's Cocoa Butter Formula Stretch Mark products campaign - and she's living proof that the stuff works for expectant mums.

It's not the first time the 39 year old has shown off her pregnant belly on Tv for Palmer's - she starred in a similar ad for the company when she was expecting her second child in 2011.

Landry's third baby is due later this summer (13).