Alfonso Ribeiro's Wife Jets Down Under After Third Jungle Meltdown 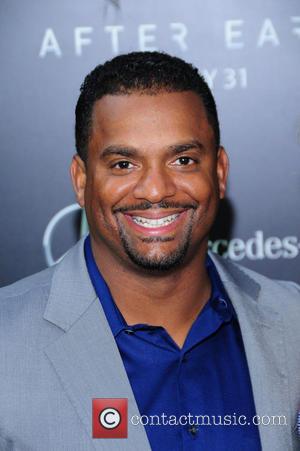 Alfonso Ribeiro's wife Angela has jetted out to Australia ready to be by his side as fears grow for the actor following three meltdowns during his stint in I'm a celebrity... Get Me Out Of Here!.

The Fresh Prince of Bel-Air star has broken down in tears three times within a week as the pressure of life under 24-hour watch in a rainforest takes its toll.

He wept within hours of entering the camp when he was forced to confront deadly scorpions and leap from a helicopter, and two further emotional moments have left some viewers fearing for his state of mind.

Ribeiro, who became a father just weeks before entering the British survival show, was seen earlier this week (ends29Nov13) weeping and telling his fellow contestants, "I don't know how much more I can take. I don't want to quit but..."

Now it has emerged his wife Angela travelled to Australia on Sunday (24Nov13) with their one-month-old son Alfonso, Jr. - known as 'Aj' - so she is ready to welcome her husband the moment his stint in the jungle ends.

In a post on Twitter.com before setting out on the trip, she wrote, "Packing then heading to the airport. Very ready to see my hubby - hopefully sometime this wk (week). Hoping my lil' Aj does well on his 1st flight."

After arriving Down Under she added, "Aj & I are happy to be on the same continent as (Ribeiro) as we are hoping to see him soon!"

Ribeiro is among a group of stars - including Olympic gold medallist Rebecca Adlington, former Westlife singer Kian Egan, and six-times world snooker champion Steve Davis - who are spending three weeks camped in an Australian rainforest. They have to take part in daily stomach-churning endurance tests to earn food for their campmates.