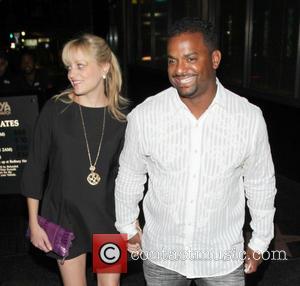 Former child stars Alfonso Ribeiro and Ricky Schroder once threw buckets full of urine at Todd Bridges as revenge after the Diff'rent Strokes actor beat them up.

The Silver Spoons co-stars befriended Bridges during the 1980s as they all filmed on the same Los Angeles studio lot, but Ribiero claims he and Schroder were constantly picked on by the older working kids, so they came up with a messy plan to get their revenge.

The Fresh Prince of Bel-Air comedian reminisced about the dirty prank with Bridges during a joint appearance on U.S. news show Access Hollywood Live on Wednesday (14Aug13), saying, "We would mess with him (Bridges) a little bit and he would mess with us, but Ricky had a bodyguard, and the bodyguard would stop Todd and his brother Jimmy from getting to Ricky, but I had no bodyguard, so him and Jimmy would catch me in a corner and they would be giving it to me, giving me body blows...

"So one day, Ricky and I said, 'We need to get them back. We need to stop this!' He said, 'I got (sic) a great idea. I'm gonna (sic) pee in a bucket, you pee in a bucket (too) and when they come round the corner, we're gonna get 'em!' We got them, and then we ran because we knew we were gonna get into some really serious trouble later... and I did. They beat the living crap out of me! I was 12!"