Are you ready for tonight's pilot of the chilling Believe? The joint cinematic forces of Alfonso Cuarón and J. J. Abrams will bring an unnerving new television experience to our small screens with what could well be the series premiere of the year. Comic-Con 2013 audiences were treated to a gripping teaser trailer which sets the scene perfectly for this evening's NBC debut.

The spine-chilling premiere begins with a classic Cuarón shot: an unsuspecting family are driving along as a little girl on the backseat sings a song that she tells her mother she heard in a dream. Headlights appear behind them but instead of overtaking the family, the vehicle runs them off the road. A sickening shot shows the unconscious couple bumped around as their car rolls and suddenly we are hooked into the surreal world of Believe.

The young girl in the car is called Bo (played by Johnny Sequoyah) and we soon find out that she has extraordinary supernatural abilities and that the entire plot of the series revolves around her. The trailer also introduces the big players of Believe: a mysterious man called Winter (Delroy Lindo) who uses his role as a prison priest to help deathrow inmate Tate (Jack McLaughlin) escape. 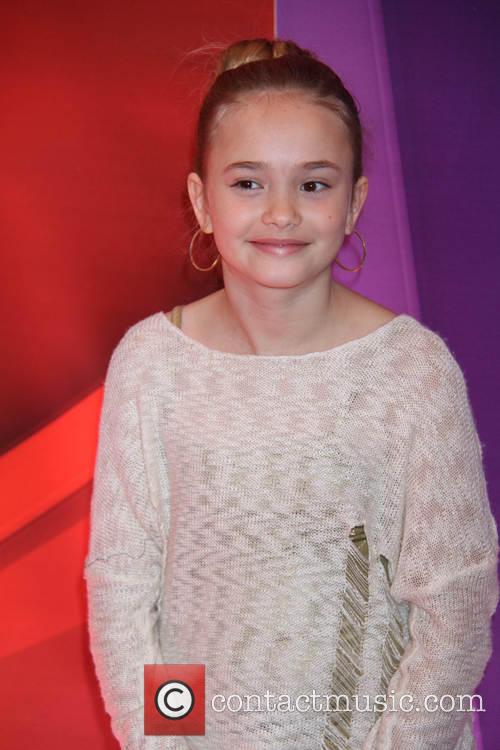 Johnny Sequoyah Makes Her Big-Role Debut As The Mystical Bo In 'Believe.'

Winter recruits Tate to help protect Bo from a secret organization that wants to exploit the girl for their own undoubtedly nefarious purposes, according to Screen Rant.

Believe will see Alfonso Cuarón's Oscar-winning directing skills applied to television as he teams up with sci-fi master and executive producer J. J. Abrams. The Gravity filmmaker will prove the big draw to Believe S01E01 but with all new TV series, the big test will be if the suspense and intrigue can be maintained beyond the first big-budget episode.

Directed by Alfonso Cuarón, get a special first look at the opening scene of #Believe now. http://t.co/vWukOSiDiw pic.twitter.com/tyfaJJBRlN

Believe will debut on NBC tonight (10th March) at 10pm and will move to Sunday nights thereafter.