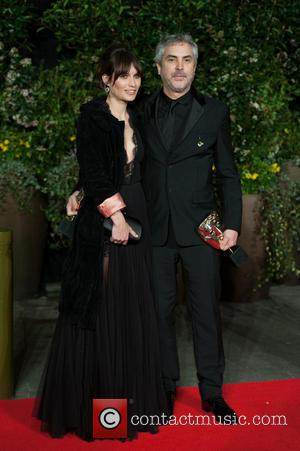 The Gravity moviemaker hates seeing stars immobilise their expression with the injections, which he claims gives them a "frozen" look with skin like "wax".

Cuaron admits female stars face greater pressure to look good than their male counterparts, but he wants them to resist the wrinkle-freezing jabs for the sake of their acting.

He tells the London Evening Standard, "I hope that it starts to wane because I see some actors, the work that they did to their faces really affects their ability to act. If you start putting stuff in your face like Botox it affects your ability to express. Acting is about expression... I understand the pressure on women. It comes from magazines and newspapers as well (as Hollywood). Women are portrayed as these amazing glamour things but the images are completely Photoshopped... I get upset about it. It's this constant bombardment of images of an ideal that does not exist - and that's not put on men."

Cuaron goes on to suggest glossy women's magazine should carry health warnings, adding, "They question if this woman is too fat, if she is too wrinkly, or invite you to look at how saggy she is. There is this constant judgment of women and I find it appalling. Magazines should carry health warnings, like you have for cigarettes... It should be like that by law. I have a daughter. You think it's crazy? I like women, by the way, but personally I don't like anything enhanced."