Alfonso Cuaron's sci-fi flick 'Gravity' has been well recieved by critics at the Venice Film Festival for ''considerable technical prowess'' and its unique take on space. 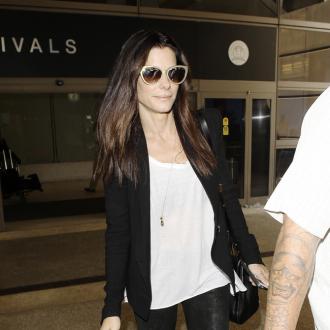 Alfonso Cuaron's 'Gravity' won the hearts of critics at the Venice Film Festival.

The sci-fi flick - which stars A-Listers Sandra Bullock and George Clooney as astronauts who are stranded in space - was applauded for its amazing viewer experience which was enhanced by 3D film effects.

The Evening Standard newspaper's Derek Malcolm wrote: ''The film's raison d'etre is its considerable technical prowess, enhanced by 3D but in a determinedly ungimmicky way. Here the work of cinematographer Emmanuel Lubezki is first class, so what you see is spectacular.''

Mark Adams from screendaily.com also praised the film for its ''exhilarating'' viewer experience.

Meanwhile, Todd McCarthy from TheHollywoodReporter.com admires the unique take the movie has on space.

He wrote: ''At once the most realistic and beautifully choreographed film ever set in space ... Not at all a science fiction film in the conventional sense, Alfonso Cuaron's first feature in seven years has no aliens, space ship battles or dystopian societies.''