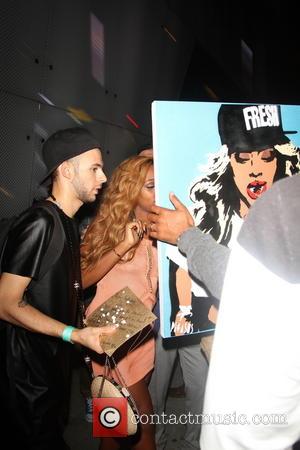 British pop star Alexandra Burke is the latest star to strip off in the name of animal rights after she was left horrified by the brutality of fur farms.

The Bad Boys hitmaker has completely disrobed for a new campaign by People for the Ethical Treatment of Animals (Peta) in the organisation's longrunning 'I'd rather go naked than wear fur' drive.

Burke admits she was apprehensive about going nude, but felt compelled to act after seeing videos of animals being killed for their hides for fashion.

She says, "I was nervous about posing nude as I've never done it before. It was uncomfortable initially, but the photographer made me feel relaxed and at ease.

"Ultimately I love my body, so it was great to do something for a worthwhile cause. When I found out what happens to animals on fur farms my heart just sank. I have animals and the thought of someone hurting them so they can be turned into a coat makes me sick.

"Anyone thinking about buying or wearing fur should watch Peta's videos of animals suffering on fur farms - after seeing them, I can't imagine anyone would want to be caught dead in fur."