Alexandra Burke has reportedly signed a huge management deal in the US with Kevin Liles, who helped launch the careers of Jay-Z and Kanye West. 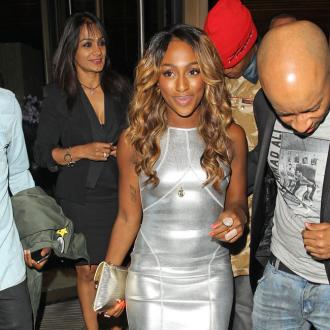 Alexandra Burke has signed a huge management deal in the US.

The 'Bad Boys' hitmaker - who shot to fame after winning the UK version on 'The X Factor' in 2008 - has reportedly signed with Kevin Liles, who helped launch the careers of Jay-Z and Kanye West.

Alexandra reportedly jetted off to New York to start working with Kevin - a co-founder of Def Jam Records and former Executive Vice President of Warner Music Group - this weekend.

An insider told the Daily Mirror newspaper: ''Kevin met Alex and was really impressed by her. He thinks she can be a global star. She is releasing an album later this year.''

Alexandra, 24, recently told how she's been working hard on the follow up to her second album, 2012's 'Heartbreak On Hold', recording two tracks a day.

She previously said: ''I've actually built a studio in my house, downstairs, I'm literally in it every day, recording, l'm flying to the states a lot, I've been in Los Angeles and New York a lot, and if the producers cant' fly to me, I fly to them.

''I have recorded maybe 15 songs, I usually do 60 to 70 songs for an album and whittle it down. It stretches me, I've been doing two songs a night.''