Alexandra Burke is too busy to find a boyfriend 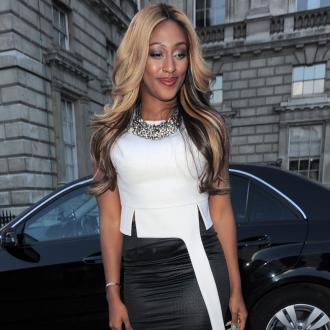 The 24-year-old singer - who split from her soccer star boyfriend Jermaine Defoe in May 2012 - relocated to America to work on her forthcoming third studio album and does not have time for men, despite her father's moaning.

She said: ''At the moment my focus is on my music. Even my dad's saying to me, 'When are you going to have a boyfriend? I'm like, 'Dad, my boyfriend right now is my music.' I'm happy with it this way. It's less complicated.''

The former 'X Factor' winner prefers American men to her British counterparts, although she denies that is why she moved to New York City.

She added: ''British men have a nice swag, but if I'm honest, I do prefer American men - but it's not my reason for moving there!''

Alexandra has no long term plans to stay in America, and is hoping to settle down and raise her kids in her ''dream home'' in Hertfordshire, England.

She told OK! magazine: ''Being away for so long has made me realise how much I want to raise my kids in Hertfordshire, in the house that I've got. I'm grateful because that's my dream home.''