Burke, who is still in the 2017 edition of 'Strictly Come Dancing', denied that the show has a problem with racism.

‘Strictly Come Dancing’ contestant Alexandra Burke has dismissed repeated claims that the BBC show has a problem with racism.

In recent years, the Beeb’s Saturday night ratings behemoth has faced criticisms over black and minority ethnic contestants finding themselves eliminated in the very early stages of the competition each year.

Last year, the claims reached their peak when Melvin Odoom was voted off in the first episode of the 2016 series, followed the next week by Tameka Empson. This year, the same criticisms reared their head again when Chizzy Akudolu was the first competitor to leave, two weeks into the series. 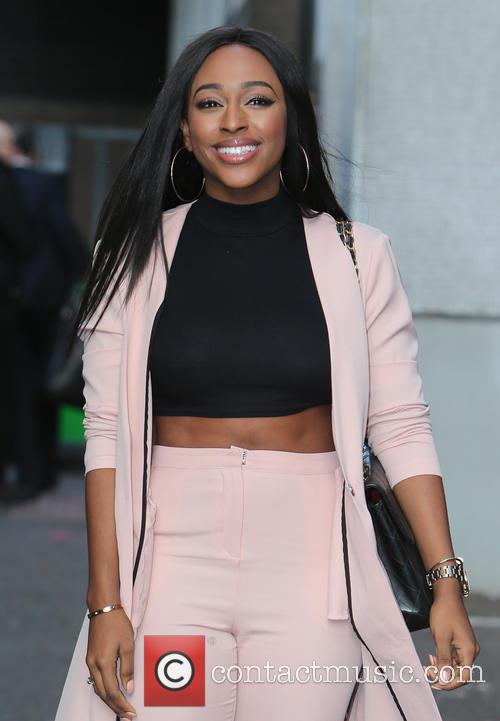 Alexandra Burke dismissed suggestions that 'Strictly' has a problem with racism

On Thursday morning (November 16th), 29 year old Burke was asked about these criticisms by the BBC’s Victoria Derbyshire, to which she replied: “I don’t think that’s true at all. Those kinds of accusations against amazing shows like this I think are wrong.”

More: Alexandra Burke announces that her mother, Melissa Bell, has passed away

The singer continued: “For a black person who is in the industry, for me I’ve had a wonderful nine years of being in this industry and hoping to achieve more with hard work and determination.

“I don’t think it comes down to colour, I don’t see colour when I see music or TV shows. I think that’s so important not to see that because at the end of the day we might be all different colours but we’re all the same, we’re all human.”

‘Holby City’ star Akudolu echoed the same thing when posited with the same question soon after she was eliminated. “There are real racial injustices going on in the world and I think is dangerous to throw the race card in for something that has no bearing. I wasn’t in the bottom two because of my race, the public didn’t like my dance.”