Heartbroken singer Alexandra Burke has sadly announced the death of her mother - Soul II Soul singer, Melissa Bell who passed away after a nine-year long battle with chronic kidney failure brought on by diabetes. Melissa was the former lead singer of the Grammy Award winning group and had worked with greats including Liza Minelli, Stevie Wonder and Whitney Houston. 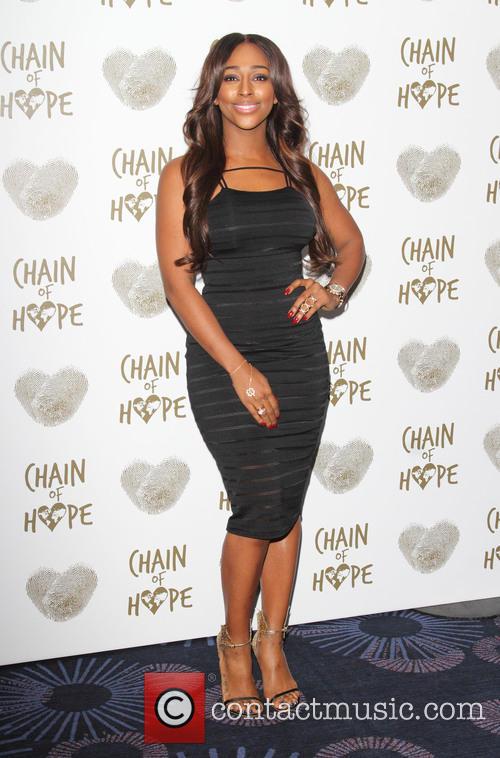 Alexandra Burke announced her mother, Melissa Bell, has passed away

Her daughter, Alexandra, followed in her singing footsteps when she won the fifth series of singing competition, The X Factor and has continued to remain on the singing scene.

She has recently been announced as a contestant on the upcoming series of Strictly Come Dancing - a competition she said her mother would want her to continue to do.

Writing on Twitter, Burke said: "Mummy has always been my biggest supporter and was over the moon when I told her I was doing Strictly.

"It was always a dream of hers that I would one day be part of the show and I know that she would have wanted me to carry on xx."

The family released the statement announcing the tragic news via social media, which said: "It is with the heaviest and saddest of hearts that the family inform you our beautiful, funny and loving mum, Melissa Bell has passed away.

"Our beautiful mother gained her wings on Monday 28th of August 2017, a day that has changed our lives forever.

"We will never forget her unconditional love, support, charisma, strength and courage throughout her life.

"We are eternally proud and thankful to call her our mummy.

"We would be grateful if you could respect our privacy at this difficult time."

In 2013, Burke revealed she had been looking after her mother, who was on life-saving dialysis eight hours a day.

She bought her mum food and spent £20,000 renovating her house so she could have the dialysis treatment there rather than in hospital.

She also began to raise the profile of organ donation after Ms Bell refused to take her daughter's.