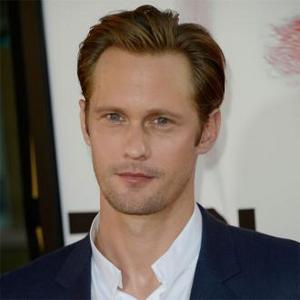 The 'Battleship' actor was seen getting close with Anne - who has previously dated Maroon 5 hunk Adam Levine - in New York last month and the pair have continued to meet up since.

A source told Life & Style magazine: ''They got together about a month ago in New York City and are still hooking up. She's been telling all her friends about him!''

Just last month Alexander was linked to Italian skydiver Roberta Mancino, but he was not keen on pursuing anything serious with her.

An insider said: ''He's been courting her and taking her out to dinner a lot. It's not a serious relationship, but they look forward to hanging out together even more. They really like each other.''

Alexander has been somewhat of a hit with the ladies, with 'You Da One' singer Rihanna admitting she had a hard time keeping her eyes off him when they filmed 'Battleship' together.

She said: ''I was completely intimidated by the other actors. But I had a lot of scenes with Taylor Kitsch and he helped me out a lot along the way.

''Alexander Skarsgard is so hot. I had to keep my game face. I could stare at him all day long. I was just watching him on set. He was really sweet.''