Alexander Skarsgård poses nude while sitting on a toilet in the middle of the Antarctica, it is to celebrate reaching the South Pole. 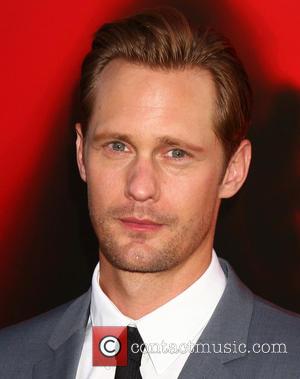 Swedish actor Alexander Skarsgård wasn't fazed by the cold breeze as he bared all when reaching the South Pole in Antarctica.

This isn't the first time the 'True Blood' actor has stripped down as he went fully nude in the final episode of the sixth season of the vampire series.

The only difference between the two is the freezing temperature, no biggie!

A snapshot of Skarsgård was uploaded on Instagram which featured the nude actor just wearing a pair of sunglasses, snow boots and sitting on a toilet while reading a book in the middle of the Antarctica.

Inge Solheim, who was the guide for Alexander and his team on the Walking With the Wounded Challenge, posted the photo on his own Instagram page.

"#southpole -30C What are you reading Alex? The script for season 7 of #truebloodHBO?" read the caption which accompanied the photo.

Although the image is quite unique, 'True Blood' fans will not be fazed by the nudity, the 37 year-old went completely nude, and even exposed his penis, in 'Radioactive', the finale of season six which aired last summer.

His character, 'Eric Northman', was also reading a book when naked but it was in quite different conditions. 'Northman' was sunbathing in Sweden before he burst into flames.

Alexaner doesn't even think baring all is a big deal as he was used to it growing up. "My dad and his side of the family are old hippies. I was 14 the first time I saw my dad wearing pants," he told Conan in June 2013. "He was always naked."