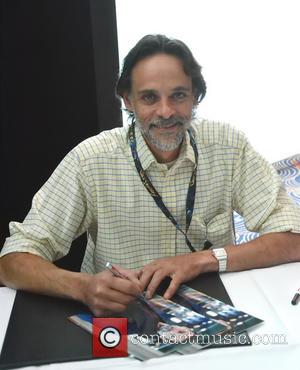 Sudanese actor Alexander Siddig has changed his son's birth name over fears it's too Arabic and will prompt prejudice amongst the boy's peers.

The KINGDOM OF HEAVEN star, whose birth name is SIDDIG AL FADIL, was prompted to rename his son, DJANGO EL TAHIR EL SIDDIG, by his ex-wife who feared his Arabic name would present problems.

Siddig, who grew up in England, says, "She changed my son's name because his last name was Muslim and he was at the United Nations school in New York getting hassled, and he's only a seven-year-old boy.

"My own son had his name changed, which I suppose is the demarcation of the front line of the current problem of prejudice. I'm handing problems down to my child even though I'm doing it inadvertently.

"I don't think I've ever been more conscious of being Arabic than I am now. I understand much more about prejudice than I ever did. I realise that you can quite happily fit into the crowd wonderfully until there's some prejudice against you and you don't have any choice but to pop out."