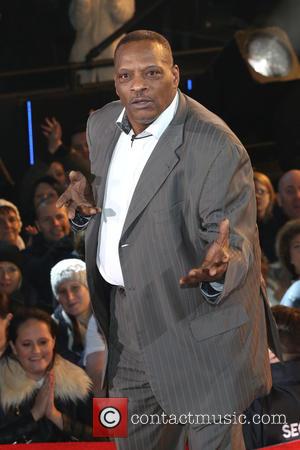 Picture: Alexander O'Neal - Shots of the 2015 contestants from Celebrity Big Brother 2015 as they enter in to the house in Borehamwood, United Kingdom -...

O'Neal decided to quit on Sunday (18Jan15) after he received a formal warning from the show's bosses for using offensive language.

In an explosive episode, which aired in the U.K. on Saturday (17Jan15), O'Neal lost his temper and called fellow contestant Hilton a f**got, which prompted producers to issue him with the warning.

Viewers will be able to see O'Neal's departure on Monday's (19Jan15) broadcast.

The incident follows the producers' decisions to remove former contestants Ken Morley and Jeremy Jackson from the competition for inappropriate language and behaviour last week (ends16Jan15).

On Friday (16Jan15), former model Katie Price entered the house as a new contestant to boost the flagging numbers.