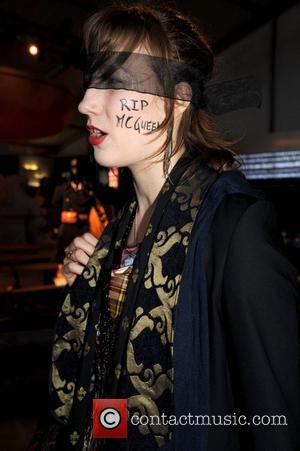 Alexander McQueen's beloved mother has been laid to rest - just a day after the celebrated fashion designer was found dead in his London apartment.
The 40-year-old style icon, real name Lee MCQueen, is alleged to have committed suicide after struggling to come to terms with the loss of his mum Joyce, who had passed away earlier this month (Feb10).
The double tragedy rocked the star's family, but they decided to forge ahead with funeral plans for Joyce MCQueen on Friday (12Feb10).
Speaking before the memorial, the designer's brother Michael, 49, said, "It is just so raw. We are grieving. Everyone is too upset to say anything. But mum's funeral is going ahead. It has all been arranged."
The MCQueens were joined by friends and relatives at a cemetery in east London, where they paid their last respects to the family matriarch, reports People.com.
Police have reportedly stated that Alexander MCQueen's death is not being treated as "suspicious".
An autopsy is scheduled to take place on Monday (15Feb10) while details of his funeral have yet to be announced.