Alexander Mcqueen To Be Honoured At The British Fashion Awards

Alexander McQueen will be posthumously honoured with an Outstanding Achievement in Fashion Design prize at the British Fashion Awards, held tomorrow (07.12.10). 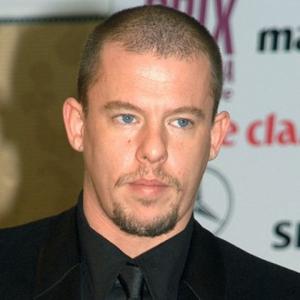 Alexander McQueen will be posthumously honoured with an Outstanding Achievement in Fashion Design prize at the British Fashion Awards.

The designer, who tragically took his own life in February, will be honoured with the accolade tomorrow (07.12.10) and his work celebrated with a film directed by Nick Knight, which will feature some of his most iconic designs.

The director said: "This film is my way of speaking about a very unique and important person who changed my life.

"My desire was to speak in some way about the dark and the light contained within Lee, and within us all."

Explaining the award, retail entrepreneur Harold Tillman said: "The Outstanding Achievement Award celebrates the exceptional talent of an individual who has contributed to the British fashion industry, both internationally and here in the UK, throughout their career.

"There was only one person we felt we could recognise with this award this year - Alexander McQueen."

Alexander was known for the quality of his tailoring and also his particularly innovative and often outrageous style on and off the catwalk.

Chief executive of Alexander McQueen brand, Jonathan Akeroyd said: "We are honoured to accept the BFC Outstanding Achievement in Fashion Award and that the British Fashion Council have recognised Lee's work and contribution to the British fashion industry."

Alexander was given the Designer of the Year prize at the British Fashion Awards four times during his career.

It was also recently announced an exhibition of the designer's work 'Alexander McQueen: Savage Beauty' will be staged at the Costume Institute at the Metropolitan Museum Of Art in New York in May next year.