Is The Last Kingdom hitching its wagon to the success of Game of Thrones? Not exactly.

With the announced series The Last Kingdom coming to the BBC, it sounds like the “people in medieval clothing killing eachother genre” has found a new home. The new drama will be based on the bestselling series The Saxon Tales by Bernard Cornwell and will air on BBC 2… at some unspecified point in the future.

It sounds eerily similar to that other book-to-tv series everyone loves to cringe through these days, but anyone who’s even vaguely familiar with The Saxon Tales will note one crucial difference – no magic. While Game of Thrones, set in the fictional kingdom of Westeros, makes no bones about adding a dragon or three and some White Walkers to fill its plot holes, Cornwell’s series is, for the most part, historical. The story takes place during the Danish invasions of Britain during the 9th and 10th century, which would roughly match the historical period of Game of Thrones/A Song of Ice and Fire. So we’ll get to see a lot of similarly-themed costumes and sets, but we’re guessing the writers will have a bit of a harder time keeping pace, with no zombies to plop in the middle of the story when the political intrigue starts to fizzle out.

The Last Kingdom – yes, this show will also be named after the first book in a continuing series, the parallels just draw themselves – is produced by BBC America and Carnival Films. The story begins in 872 and will be centered around the character of Uhtred, who was born in Northumbria, but captured and adopted by the Danes. When the invasion begins, he is forced to choose sides and set up for some clever political commentary in the process. Your affections probably aren’t swayed just yet, but consider how ridiculous the GoT premise would sound out of context. Alexander Dreymon stars.

One problem that The Last Kingdom might face is the budget issue. To compete with a juggernaut like Game of Thrones – which is at least part of the game here – the series will require a highly creative team and a massive budget. Gareth Neame (also involved in Downton Abbey) has reportedly been tapped to produce, so we’re guessing there will be a lot of talent involved soon enough. But on the budget issue, viewers might have to stick it out through some utterly terrible special effects for a season or two. Don’t say we didn’t warn you. 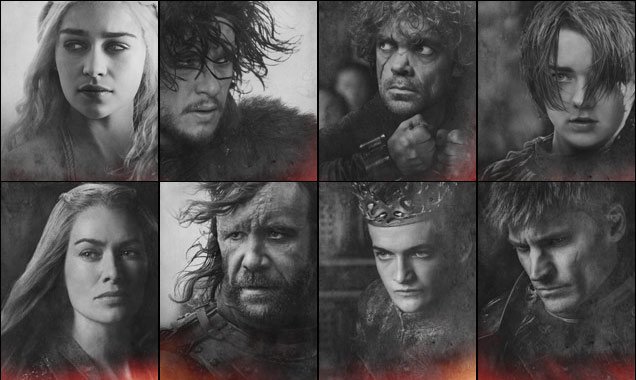