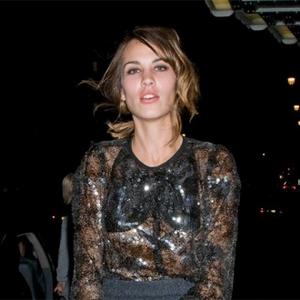 The stars turned out in support of the Italian designer, with the likes of British model Alexa Chung and Dakota Fanning sat in The Front row to sample the delights of the of the brand's spring/summer 2011 collection.

Encapsulating a trend noted at New York Fashion Week last month, the line featured a whole host of vivid neon and fluro shades, with references to both the seventies glam rock era and the comic book-style fashions of the eighties.

Hermes went for a distinctly equine theme to their spring/summer2011 line, while Marc Jacobs for Louis Vuitton opted for Panda prints, leopard motifs and a zebra pattern even painted on the naked torso of model Kristen McMenamy.