British television presenter and model, Alexa Chung, has opened up about what went on for her after she broke up with Alex Turner, the frontman of the band the Arctic Monkeys. 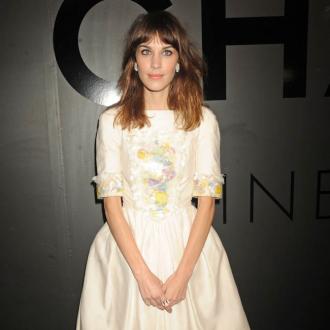 English television presenter Alexa Chung was reportedly ''bored and sad'' following her break-up with Alex Turner, the frontman for the Artic Monkeys. Chung has spoken out for the first time since her four-year relationship with Turner ended in July of 2011, stating that she didn't know what to do with herself. The 29-year-old model and presenter apparently started a new project instead of wallow in heartache, apparently, which led to the writing of her new book, 'It'.

In a discussion about the time after her relationship ended, Chung said: ''I was approaching 30, and reflecting on how a lot had happened in such a short space of time ... And I was bored - really bored. Bored because I didn't have my fuse gig yet. Bored and sad. I shouldn't have said that. But, well, it's the truth. I was heartbroken and I didn't know what to do, so I decided to throw myself into a project.''

Related: Alexa Chung On Christopher Kane's London Flagship: "I Wonder If I'll Get A Discount"

Said project involved Chung permanently relocating to New York City, and working as a television presenter for Fuse News. Since the end of the relationship, Chung has dated actor and 30 Seconds to Mars frontman, Jared Leto; The Stokes guitarist, Albert Hammond Jr.; and Theo Hutchcraft - frontman of Hurts.

In an interview with Style magazine, Chung discussed her multiple relationships, stating: ''[It's] really good, not to brag or anything ... I'm a serial monogamist. I've had a string of months-long situations. Actually, the past two weeks is the first time I've sort of been single - ever. It's really nice. I feel calm.''