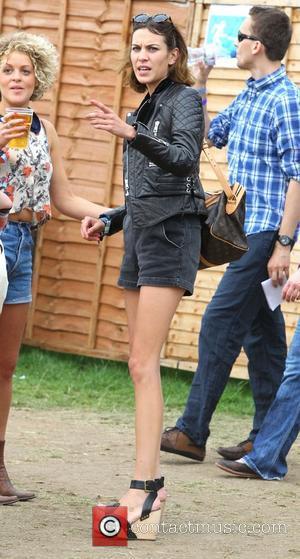 A representative for Alexa Chung has denied a report suggesting the British TV presenter has split from her Arctic Monkeys rocker boyfriend Alex Turner.
A U.K. based magazine published an article on Tuesday (05Jul11) titled 'Alex & Alex: It's over!' (sic) which alleges the stars have parted ways and ended their four-year romance.
But a spokeswoman for MTV presenter Chung has moved swiftly to deny the report, telling WENN, "Alexa and Alex have not split up. They are very much still together."