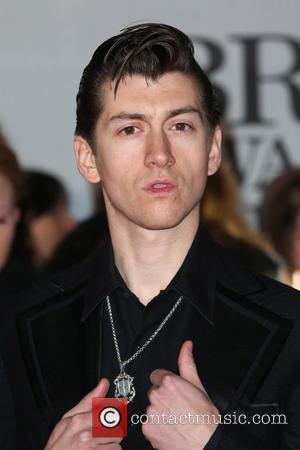 Musicians Alex Turner and Miles Kane have halted work on their act The Last Shadow Puppets to concentrate on writing a superhero film.

The Arctic Monkeys frontman teamed up with The Rascals rocker for the side project in 2008 and they went on to score a U.K. number one with their debut album The Age of the Understatement.

The pair has focused on other projects ever since, and Kane reveals fans will have to wait even longer for a follow-up album - especially as they are now working on a screenplay together.

Asked when the duo will release new material, Kane tells Digitalspy.co.uk, "It's something we always talk about y'know? But I think we're gonna write this film first anyway before we hit back into that.

"It's gonna have a sort of X-Men kind of vibe and sort of set in the '60s, but I can't give anymore away than that."

However, Kane is adamant he and Turner will not be taking lead roles in the project: "We're not planning to be (in the film) but we may have a little cameo."