It seems touring the world with one of the biggest rock groups of all time isn't enough for Rush guitarist Alex Lifeson as he splatters a canvas with blue paint. However Lifeson wasn't exhibiting a new creative direction for himself, rather he was taking part in a charity gala for The Kidney Foundation called 'Paint The Town Blue' in his native Canada.

The event saw the 'Tom Sawyer' guitarist alongside contemporary artist and fellow Canadian decorate a series of blank canvases before inviting guests to showcase their own artistic talents. The event was an overall success and a major help towards achieving the organisation's goal of raising up to $50 million for the charity 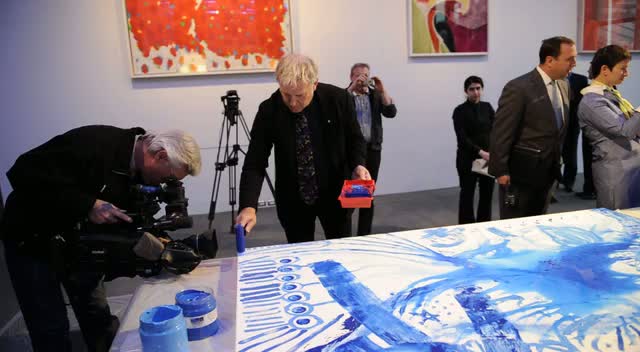