Alesha Dixon Mocked For Her Version Of The British National Anthem

The English singer did the honours before the British Grand Prix on Sunday, and was criticised for singing in an American accent and getting the words wrong.

‘Britain’s Got Talent’ judge Alesha Dixon was roundly derided for a hilariously dodgy rendition of the British national anthem at the Silverstone Grand Prix on Sunday afternoon (July 5th), which included forgetting some of the words and adopting an American accent.

Before the Formula One race started at the annual event in Northamptonshire, former Mis-Teeq member Dixon, who is due to release her first album in five years later in 2015, was invited to sing ‘God Save The Queen’ to the assembled fans, who had turned out in their thousands to see British driver Lewis Hamilton eventually claim the win. 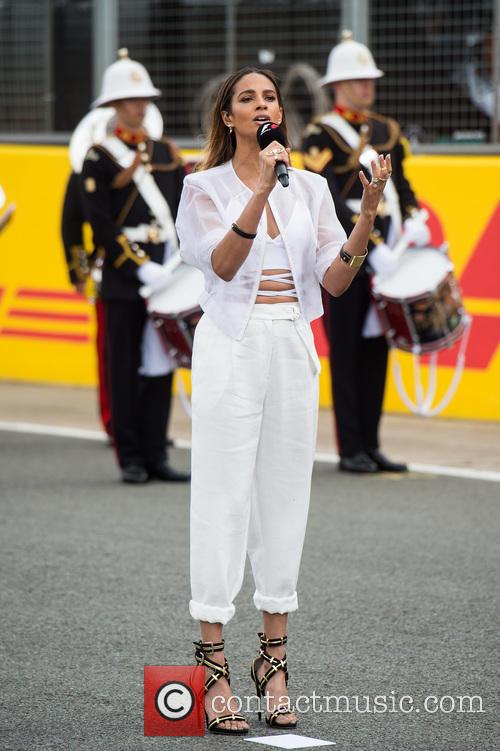 It turns out that the only crash they saw was off the track, as Alesha got panned on Twitter by alarmed onlookers as she gave an a-cappella take on the national anthem, which transformed into “Gahahahahahhhhhhhd save our Queen” with a bizarre transatlantic accent.

More: ‘Britain’s Got Talent’ in the clear over Alesha Dixon and Amanda Holden’s dresses

The 36 year old Brit was soon trending on the social media site for all the wrong reasons, as viewers gave their reaction to the unfortunate moment. Many pointed out that she was singing “God save our Queen” in the places where it should have been “the” Queen.

One fan posted a picture of someone clinging onto a wire fence, with a caption “When you hear Alesha Dixon singing the National Anthem and all you want to do is escape... #British GP”.

When you hear Alesha Dixon singing the National Anthem and all you want to do is escape... #BritishGP pic.twitter.com/2ZGBES04wA

Dixon recently grabbed headlines for controversial reasons during the final of the most recent series of ‘Britain’s Got Talent’ in May, when the plunging dresses she and her fellow judge Amanda Holden chose for the live show prompted a few dozen complaints by viewers who believed that they were too revealing for a pre-watershed show.

More: David Walliams is penning a sitcom based on ‘BGT’ – but which judges will feature?

No guilt for Alesha Dixon