Alesha Dixon hit back on Twitter at Grand Prix fans who have been criticising her rendition of the British national anthem at the weekend, saying she deliberately chose to sing a “particular version” of the lyrics. Meaning “the wrong version”, presumably…

The 36 year old ‘Britain’s Got Talent’ judge came in for derision after her performance of ‘God Save The Queen’ at the British F1 Grand Prix at Silverstone on Sunday (July 5th) turned into something more like ‘Gad Save The Queen’, with many criticising her apparent American accent.

She also got the words wrong in her a-cappella version (though there was a full brass band waiting just behind her in the shot?), singing “God save our Queen” as the final line of the anthem where it should have been ‘the’. 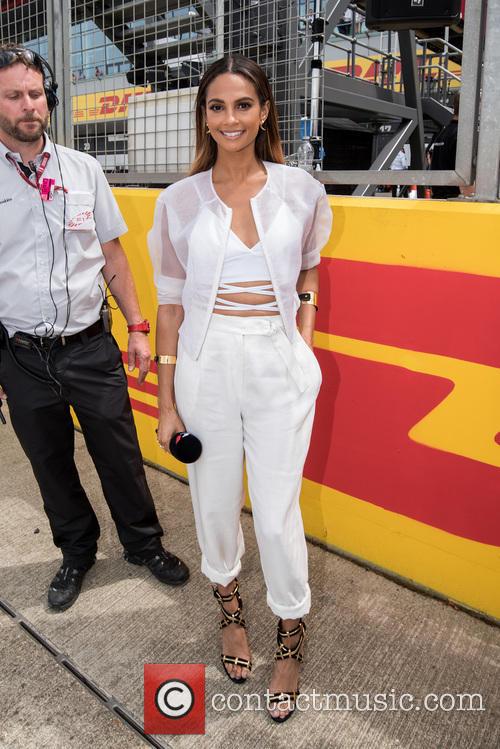 “There's a difference between getting the words wrong and choosing 2 sing a particular version! Boring story, very sad!” the singer tweeted in retaliation on Monday, revealing that it was her decision to change the wording of the song.

More: Alesha Dixon mocked for her attempt at the national anthem before British Grand Prix

She also found time to berate journalists for reporting the story, writing “I am always kind to journos because I am a nice person but sometimes....you talk a lot of s***! (In fact most times) We just tolerate you!”

The kerfuffle over Alesha’s performance slightly obscured the actual racing that took place. Home favourite Lewis Hamilton won yet another race this Formula One season, taking him 17 points clear of his Mercedes team-mate and nearest rival Nico Rosberg.

Dixon made the Silverstone appearance as part of her process of gearing up for her first solo album release in five years. The former Mis-Teeq member performed the as-yet-untitled record’s first single ‘The Way We Are’ live on ‘Britain’s Got Talent’, where her singing got a rather better reception, thankfully.

Watch Alesha Dixon's performance of the British national anthem below