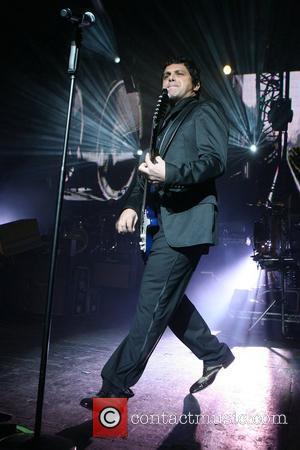 LATEST: Venezuelan President HUGO CHAVEZ has laughed off reports he objected to Spanish singer Alejandro Sanz performing in his country, insisting his government has not banned the star from touring there. Sanz was originally slated to perform in Caracas in November (07), but that show was scrapped over comments he made against leader Chavez. He then rescheduled the show for last Thursday (14Feb08) after fans begged him to reconsider, but that gig was cancelled earlier this month when he discovered he was "unwelcome" in Venezuela. A campaign was soon launched in protest of Venezuela's stance towards Sanz, with a host of Latin stars including Shakira and Jennifer Lopez signing an open letter addressed to the government. But on Thursday (21Feb08), Chavez insisted he had not taken any action against the singer, and even invited him to perform at his official residence. He said, "Come here and sing in (presidential palace) Miraflores."