Alec Baldwin's Teenage Daughter Has Been Photographed With Bruises All Over Her Face Amid Reports Suggesting The Model Was Attacked On Monday (15jun15). 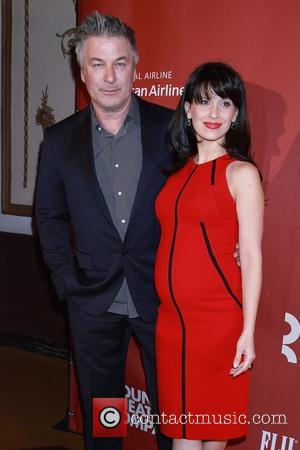 Ireland Baldwin, whose mother is actress Kim Basinger, is said to have spotted three men following her car last week (ends14Jun15) and after noticing them again on Monday, she allegedly sought help from a bodyguard at Los Angeles' SOBA Recovery Center, where she underwent treatment for emotional issues in April (15).

A source tells the Daily Mail, "A week ago, a crew of guys were following Ireland around Malibu, tailing her car super close.

"So Ireland came back to Soba Recovery Center and got one of the bodyguards at the centre to come out and say the harassment needs to stop."

However, the warning failed to scare off the men and they allegedly jumped her and beat her up later that night.

Ireland has yet to comment on the claims, but late on Monday she took to Twitter.com to write, "Fuuuuuuuuuuuuuuuuuh (f**k) everything".

She has since fueled the rumours she was beaten by stepping out with facial bruising in Malibu, California on Wednesday (17Jun15) - the same day her father welcomed his first son with new wife Hilaria. The model, who was pictured with her new boyfriend Jon Kasik, tried to hide her face after noticing the paparazzi.

Meanwhile, it has also emerged that Ireland is no longer represented by top modelling agency IMG Models, after signing with them in 2013.