Baldwin/ Basinger Divorce To Get Ugly 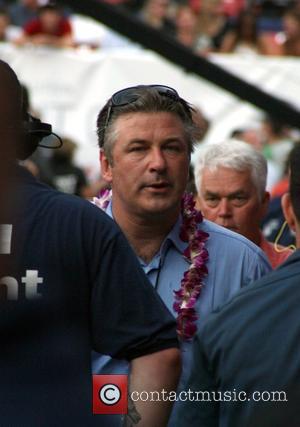 The long split between Alec Baldwin and Kim Basinger is about to hit the headlines after an independent arbitrator was fired.

The pair had hired the arbitrator to sort out their problems in private, in a bid to spare eight-year-old daughter IRELAND from a messy custody battle. But, according to reports on gossip website PAGE SIX, it's all gone wrong.

A friend of Baldwin's tells Page Six, "He was trying to protect his daughter. But once the arbitrator started ruling against Kim, she found a loophole and had him fired. So now they are facing a very public trial next year."

Basinger claims her husband was "emotionally and physically abusive". But after supermarket tabloid NATIONAL ENQUIRER ran a story claiming Baldwin beat his wife in April 2002, the actor's brother BILLY spoke out, branding Kim a "nutcase".

He told the Enquirer, "Is my brother a saint? No. Is he volatile? Yes. But he is not a wife-beater. I think what may have happened is that Kim may have taken a run at Alec during a fight, and he may have put his arm up to protect himself or push her off. But that's not beating your wife."

In a statement to Page Six, Basinger's publicist says, "An independent evaluator in the child custody case of Kim Basinger and Alec Baldwin's daughter, Ireland, has recommended primary physical custody to Ms Basinger and visitation rights to Mr Baldwin.

"The report exonerates Ms Basinger of all false allegations made by Mr Baldwin and acknowledges that Ms Basinger lived in an emotionally and physically abusive marriage for 10 years. Ms Basinger has accepted this report.

"The only reason the case would end up in court would be if Mr Baldwin rejects the report or continues to make false allegations against Ms Basinger, which would therefore only cause additional distress to their daughter."

But other sources insist Baldwin's 'abuse' was actually him restraining 8 MILE actress Kim when she was in a drunken rage. One insists, "She was attacking him. He was trying to restrain her. Is that spousal abuse?"