Baldwin Slams Ephron For Failing To Get Over Divorce 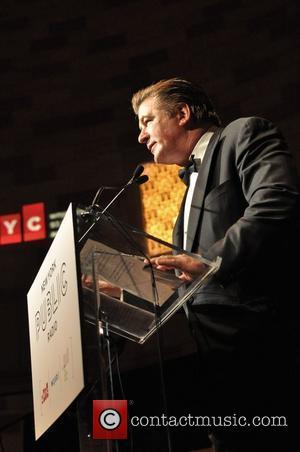 Alec Baldwin has launched a thinly-veiled attack on film director Nora Ephron for failing to get over her painful divorce from 30 years ago - insisting she needs to move on and "forget".
The 30 Rock star was riled after Sleepless In Seattle filmmaker Ephron published an excerpt from her book, I Remember Nothing, in the Huffington Post earlier this month (Nov10), detailing her divorce from second husband Carl Bernstein.
In the Divorce section of the newspaper, Ephron wrote about her heartache when she discovered famed journalist Bernstein, who she divorced in 1980, cheated on her in the 1970s.
Baldwin wrote his own take on divorce in the newspaper on Saturday (13Nov10) - a week after Ephron's writing was published - and used his piece to take aim at the director.
The actor describes a friend's break-up, mirroring Ephron's, and urges a woman called "Dora" to move on from the experience.
He writes, "She simply can not shut up about her anger, her betrayal, her unresolved feelings, and her bottomless contempt for her ex, who has been a devoted and great father to their two wonderful children. Thirty years have passed and this woman, we'll call her Dora, seems incapable of one of the most essential components of a "successful" divorce, and that is forgetting.
"I had a tough divorce. I had a life-shortening custody battle... And, over the past 10 years, I have become a big fan of forgetting. Not only forgiving, but forgetting... if they gave prizes for bashing your ex, (Dora) would have won the Pulitzer, Nobel and screenwriting Oscar."
But Ephron has fired back at Baldwin, taking a dig at his own bitter divorce from Kim Basinger, telling New York Post gossip column PageSix, "I'm afraid that Alec, whom I love, has confused me with Kim Basinger, which is the first time anyone has ever done that."