Are Alec Baldwin Ambitions For Mayor of New York Slipping Away? 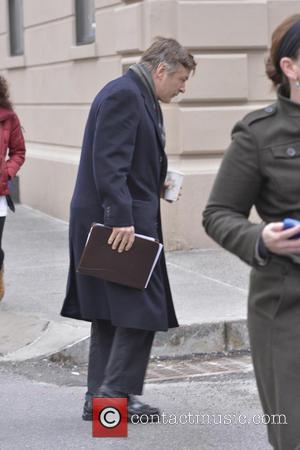 Picture: Alec Baldwin - Alec Baldwin is pursued by NY Post photographers in front of his apartment in Manhattan at New York - New York,...

Alec Baldwin has often spoken of his desire to run for Mayor of his beloved New York, though the 30 Rock star's on-going battle with one of the city's most prominent newspapers - The Post - could affect public perception of the actor. New Yorkers expect their mayor to be larger than life (Baldwin fits the bill perfectly), though are Baldwin's very-public spats with photographers and journalists alienating his early supporters?

Though an investigation is on-going, Baldwin was this week accused of grabbing the arm of a female journalist who approached him about a story concerning his wife Hilaria, before hurling racial slurs at photographer G.N Miller. The actor allegedly called the snapper a "coon," a "crackhead," and a "drug dealer," - repeating the latter two insults on Twitter.

In light of the incident, the New York Post posted a satirical endorsement of Baldwin for Mayor on Tuesday, suggesting 'Race' is one of his political strongpoints. "No one can accuse Baldwin of pandering to racial sensitivities - witness his conversation Sunday with Post photographer G.N. Miller", goes the piece, "Our photog (a retired NYPD detective from the narcotics unit who is black) says Baldwin called him a "coon," a "crackhead" and a "drug dealer." The newspaper also cites Women's Equality as another of Baldwin's strengths, saying, "Baldwin believes in treating women exactly the way he treats men. Long before Sunday, when he grabbed Post reporter Tara Palmeri by the arm and told her "I want you to choke to death," he left a famous voicemail for his daughter in which he called the 11-year-old a "thoughtless little pig."

As well as this week's alleged incidents, Baldwin was infamously booted from an American Airlines fight in 2011 for playing iPhone games despite being asked to turn off his cell phone. The airline said he was "extremely rude to the crew."

And despite all of this, Alec Baldwin often speaks eloquently and with plenty of determination regarding his political ambitions.  Would he be right as Mayor of New York?