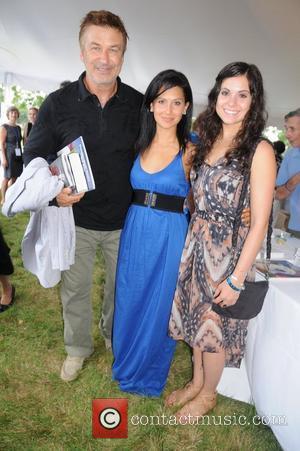 Alec Baldwin's daughter has aimed an angry rant at her followers on Twitter.com after they criticised her famous father over his lavish lifestyle.
Ireland, 16, whose mother is Baldwin's ex-wife Kim Basinger, was left reeling when detractors slammed the 30 Rock star after he posted a picture of a yacht in East Hampton, New York on her Twitter page on Wednesday (22Aug12).
She writes, "To those saying my Dad was 'rubbing his wealth in your face': You can't go choke on an egg roll. Why? Because that was a sailboat he saw while on our favourite beach. You can go to a beach and watch a boat and take a picture of it too.
"People can be so ignorant sometimes. They think they know my Dad just because their pathetic a**es go and pick up an Enquirer. Yet you continue to judge my family as if you know anything... I swear some of you need to get checked."