The couple welcomed another baby boy, Leonardo, into the world on Monday.

Alec Baldwin and his wife Hilaria have welcomed the latest addition to their rapidly expanding family, newborn son Leonardo Baldwin, who arrived on Monday this week (September 12th).

32 year old Hilaria has been busy on social media showing off pictures and clips of the new baby, uploading a video to Instagram of their three year old daughter Carmen holding her new sibling and singing to him – with her younger brother Rafael also there but not in the clip.

Leo's siblings came to meet him today ??. Rafa is learning to be gentle so I couldn't get a good shot of them together...he was fascinated with poking the baby's eyes ??. But here is Carmen....being such a good big sister ?? #366daysoflivingclearly #hilarialcm

“Leo's siblings came to meet him today. Rafa is learning to be gentle so I couldn't get a good shot of them together… he was fascinated with poking the baby's eyes,” she captioned the clip. “But here is Carmen… being such a good big sister #366daysoflivingclearly #hilarialcm.”

Leonardo arrives just 15 months after Rafael, making him the third child for the couple in just over three years.

58 year old Alec is also father to 20 year old daughter Ireland, whom he shares with his ex-wife Kim Basinger. She was in New York to meet her new half-sibling, whom she enthused about to E! this week.

“They are doing really really good I'm going to see the baby tonight. It's really cool,” Ireland shared, before joking “they don't trust me to babysit yet!” 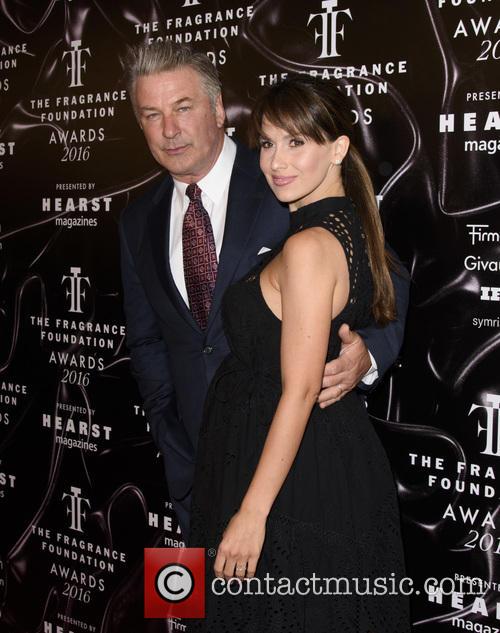 Hilaria, a yoga instructor, also uploaded a picture of post-baby body just a day after Leonardo was born.

“I took this yesterday when Leonardo was about 24 hours old. I did the same thing right after Rafael was born. It always makes me a bit nervous to do something like this, but I feel that in the age of such strong body shaming, I want to do all that I can to normalize a real body and promote healthy self-esteem,” she captioned the picture.