Alec Baldwin has reportedly upset some members of the congregation of the Most Holy Trinity Parish in East Hampton, New York. 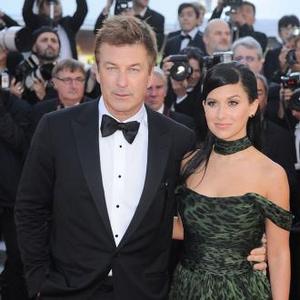 Alec Baldwin has allegedly upset the congregation of his local church.

The '30 Rock' star is said to give very animated readings on Sundays when he attends Most Holy Trinity Parish in East Hampton, New York, which caused some parishioners to publicly show their disapproval of his behaviour on July 29.

A source told the New York Post newspaper: ''Alec loves to be the centre of attention and often reads from the pulpit, which really annoys some in the congregation.

''It is so bad that, one recent Sunday, he went up to read, and part of the congregation stood and rudely turned their backs on him.''

They added: ''Even though he has generously given a lot of money to the town, there are people who just don't like him. He has a need for attention and shows up at every event. When people go to the church, they don't want to see the movie star up there.''

A different source suggested those who had turned their backs were politically motivated, and were staunch Republicans who disagreed with Baldwin's liberal views.

Reverend Donald Hanson, the church's pastor, said: ''Alec Baldwin reads from time to time at the church, and read again on Sunday two weeks ago.

''I was told that *the back turning) happened, but I did not personally witness it, as another priest was saying the Mass.''

A representative for Alec said he was not aware that the protest had even taken place.

They said: ''Alec was focused on the prayers, so he has no way of knowing if this happened. But does someone violating the sanctity of a church even deserve a response?''

Alec and his new wife Hilaria Thomas have a home nearby the church in East Hampton and he has long been a benefactor of the church.