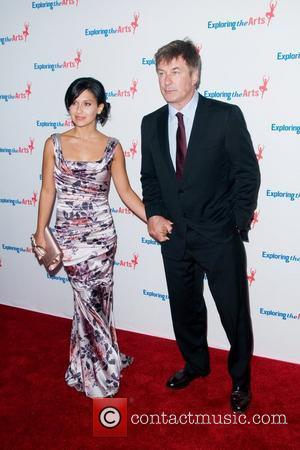 Alec Baldwin has spoken out over the treatment of protesters in New York amid allegations police officers used heavy-handed tactics to control the crowds.
Hundreds of people have taken to the streets of Manhattan over the last week as part of the Occupy Wall Street protest against social inequality and corporate greed, and filmmaker Michael Moore joined them for a march on Monday night (26Sep11).
A number of videos have been posted online, appearing to show police officers using pepper spray on a group of women, while another allegedly shows a young man being tackled to the ground by a cop as he tries to talk to him.
Baldwin has re-posted a number of the videos on his Twitter.com page and questioned the cops' actions in a series of posts on the social networking website.
He writes, "This is unsettling... Should Nypd officers be better trained in crowd control?... I think the Nypd has a PR problem... I think most Nypd officers want to do what's right. But protesting should be a right. Did 9-11 kill the right to protest in NY?... I think that people should have easier access to permits for the purpose of protesting."