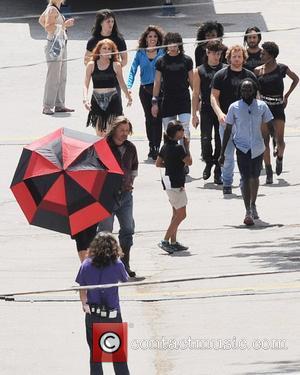 Alec Baldwin's possible New York mayoral campaign received the blessing of current City Hall occupant Michael Bloomberg today (10th June 2011), but the current mayor stressed the '30 Rock' star must move into the city should he run for the job. A close friend of Alec Baldwin told iPad newspaper 'The Daily' the actor was seriously considering running for mayor in 2013.
After getting support from Chevy Chase and actress Jennifer Garner, Baldwin received encouraging words from Mayor Bloomberg who said on his weekly radio show, "If he wants to run, great". Bloomberg added that he'd met the actor a few times, but warned, "He's got time to run, but he's got to move into the city. He's not a city resident". Although Baldwin refers to himself as a 'New Yorker' and keeps an apartment on Central Park West, his primary residence lies in the Hamptons. After the possibility of Baldwin running for Mayor gained considerable press attention, the actor took to his Twitter page and stated, "long way till November of 2013", before posting a link to the song 'New York, New York'. Baldwin has already taken steps to increase his online presence, re-launching his official website earlier today.
Alec Baldwin's politics are often described as being the exact opposite of his '30 Rock' character, the elitist 'Jack Donaghy'. A die-hard Democrat, Baldwin is an outspoken supporter of numerous liberal causes.