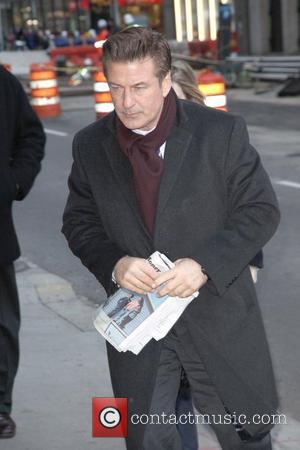 Alec Baldwin has dismissed suggestions that his younger brother Stephen might go to jail following his arrest for tax evasion.

The actor was taken into custody when he neglected to pay a tax bill of $350,000. Brother Alec discussed the situation when he appeared on 'Piers Morgan Tonight' saying that he doesn't think Stephen is going to jail for his offence. 'I know that he's in a negotiated settlement and things that were online... That's what the media today does', he said. 'They try to tilt it the way that they need it to be to sell copies and what have you, and sell online hits to their sites.' He also noted that people with lots of money and people with very little money have the same problem when it comes to tax. 'When you have far less money than you need and you have far more money than you need, they're both equal in terms of how easy it is to get into trouble with the taxman', he claimed. 'Only the people who really walk down the middle in a more realistic framework financially seem to keep that right.'

He went on to note that he knows many people who get into accidental debt due to not paying tax because they have overestimated their future income. 'My brother in that sense is no different to probably millions of people', he insisted.