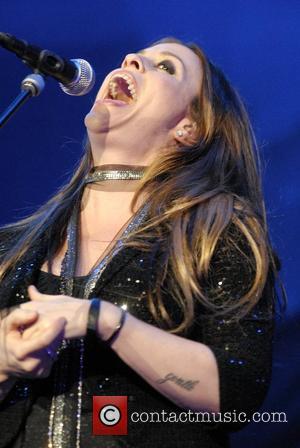 Canadian singer Alanis Morissette developed problems with bulimia and anorexia when a music industry executive informed her she would struggle to be successful as a "fat" girl.

The 31-year-old singer sold 30 million copies of her 1995 debut album JAGGED LITTLE PILL and has won seven Grammy Awards during her career, but when she was a young teen she was led to believe she'd never be such a hit unless she starved herself.

She tells American magazine US WEEKLY, "Between the ages of 14 and 18, I struggled with anorexia and bulimia. I felt like I had to be perfect and adhere to a standard of beauty.

"I recall being called to a meeting at the recording studio, and the person said, 'I know I called you to redo vocals, but I actually want to talk to you about your weight. You can't be successful if you're fat.

"The pressure was hardcore. For four to six months at a time, I would barely eat, so I constantly felt dizzy. I lived on a diet of Melba toast, carrots and black coffee. Once, I went to dinner with someone I was working on a video with, and he ordered a big pizza. But all I had was black coffee because he was like, 'You can't eat. And don't even put milk in (the coffee).'"

Morissette eventually adopted a more healthy lifestyle after a friend confronted her about her drastic weight loss.

She adds, "Now I go through phases when it comes to food. Sometimes I'm uber-health-conscious. Other times I'll cut myself some slack - if I want chocolate fondue, I'll have it. I'm proud to say I feel healthy."