Morissette Enjoyed 'Lots Of Sex' As A Single Girl 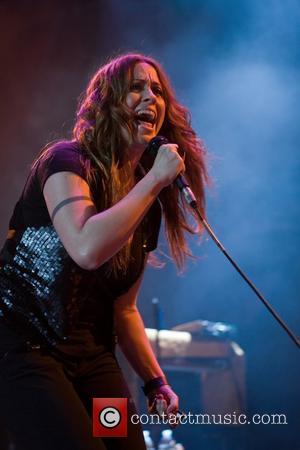 Alanis Morissette recovered from her split with former fiance Ryan Reynolds last year (07) by going on "lots of dates" and having "lots of sex".
The Canadian singer, 34, was devastated when her engagement to the actor ended in February 2007, and it took her months to recover.
She even banned herself from getting seriously involved with another man for 12 months after the break-up.
But Morissette admits she has enjoyed being back on the dating scene - because it meant she could have sex with different men without having to commit to any of them.
The star, who now has a boyfriend, says, "No strings relationships have helped cure me of love addiction.
"All my life I've been in long-term monogamous relationships. I had to break that pattern by not allowing myself to have a relationship for a year, stopping myself from committing to men. I haven't been celibate. I've had lots of dates and lots of sex, but I haven't been pushing to turn a date into a relationship. This has been a huge thing for me."