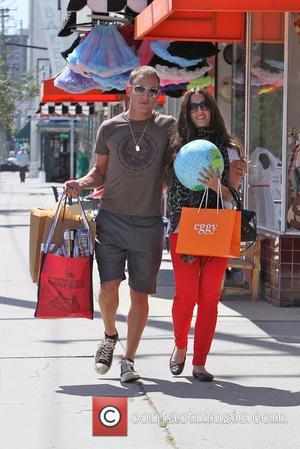 Alanis Morissette has waded into America's 'attachment parenting' debate after confessing she'll breastfeed her infant son until he's ready to wean himself.
The topic of how long to breastfeed babies and allow them to sleep with mum has become such a hot-button issue in the U.S. that Time magazine has dedicated a cover story to the subject this month (May12), featuring a provocative image of American model Jamie Lynne Grumet suckling her four-year-old son.
And now Morissette has revealed she approves of Grumet's methods and her Time cover, insisting mothers and children should be allowed to decide when breastfeeding and "skin connection" should stop - not society.
In a radio interview with broadcaster Billy Bush, the Ironic singer says, "I'm an attachment parent and I breastfeed and I'll be breastfeeding until my son is finished and he weans himself.
"I think it affords the child, when they grow up, to have a lot less therapy to have to go through."
Morissette, who gave birth to her son Ever in December, 2010, insists her attachment parenting techniques have given the infant a strong sense of security: "We are skin connected as much as possible... His safety and his well-being and that attachment in his development is... pivotal."
But the singer/songwriter insists her child-rearing methods haven't wrecked the romance in her marriage to musician Mario Treadway: "He's a very robust, virile man... You've gotta take care of your husband."