Morissette's former business manager, Jonathan Todd Schwartz, stole around $7 million from her and other stars.

Alanis Morissette’s former business manager has admitted to stealing nearly $7 million from her and other celebrities, agreeing to plead guilty to federal charges, according to prosecutors.

48 year old Jonathan Todd Schwartz of Los Angeles, previously a representative for the likes of Beyonce and Mariah Carey, admitted to stealing and embezzling nearly $5 million from Canadian singer Morissette between May 2010 and January 2014.

He used the money for his own purposes, falsely listing the sums as ‘sundry / personal expenses’ to cover up the crime. When eventually confronted, he reportedly lied by saying that he had invested the money in an illegal marijuana-growing business on Morissette’s behalf.

Halsey would ''love'' to collaborate with Alanis Morisette because she believes the 'Ironic' hitmaker boosted her confidence.

Halsey would ''love'' to collaborate with Alanis Morisette.

The 22-year-old singer has revealed if she was to duet with any artist in the future, or to simply sit down and write a new track with someone, it would be the 'Ironic' hitmaker because she has boosted her confidence as a budding artist.

Speaking to Billboard magazine about her dream partnership, the 'Closer' musician said: ''Even if it was just writing together, I'd love to work with Alanis Morissette. She has been a huge part of me having the confidence to be the kind of artist I am.''

By Stephanie Chase in Lifestyle / Showbiz on 10 July 2016

Morissette and husband Mario Treadway are already parents to five-year-old Ever Imre.

Alanis Morissette has shared the first picture of her adorable newborn daughter Onyx Solace Morissette-Treadway. Morissette and husband Mario Treadway welcomed little Onyx on June 23rd, but the singer has only just confirmed her daughter’s arrival.

Album Of The Day: 'Jagged Little Pill' By Alanis Morissette

It's Music Monday and so here we celebrate the 21st anniversary of the release of an epic little rock record; Alanis Morissette's 'Jagged Little Pill' featuring the likes of 'Ironic', 'You Oughta Know' and 'Hand in My Pocket'. 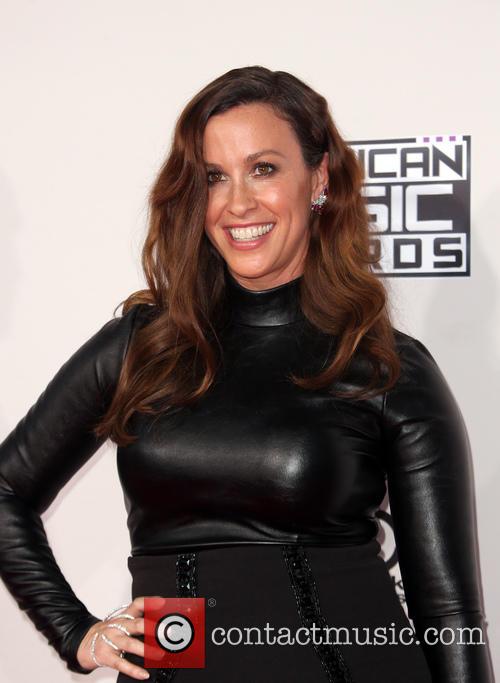 The artist... This Canadian-born singer was a pop princess until she ventured out to complete 'Jagged Little Pill'; an album laced with her unique vocals over driving rock rhythms. While she's released five more successful albums since then, nothing has quite beaten the heights of this mid-90s project.

By Stephanie Chase in Music / Festivals on 09 January 2016

The ‘You Outta Know’ singer is ready to dish out advice to Guardian readers.

Singer Alanis Morissette is taking on a new role, as an agony aunt for The Guardian’s Weekend magazine, replacing former columnist Molly Ringwald. Speaking about the role, the 41-year-old revealed she’s been dishing out advice her whole life, playing the ‘therapist’ for her immediate and extended family.

“It’s been the role I’ve played my whole life – family therapist,” she told The Guardian. “Parents, brothers, even extended family members, that was the role I took on, because I suppose I had this combination of intuition and empathy. I cut my teeth, basically, listening for a living.” 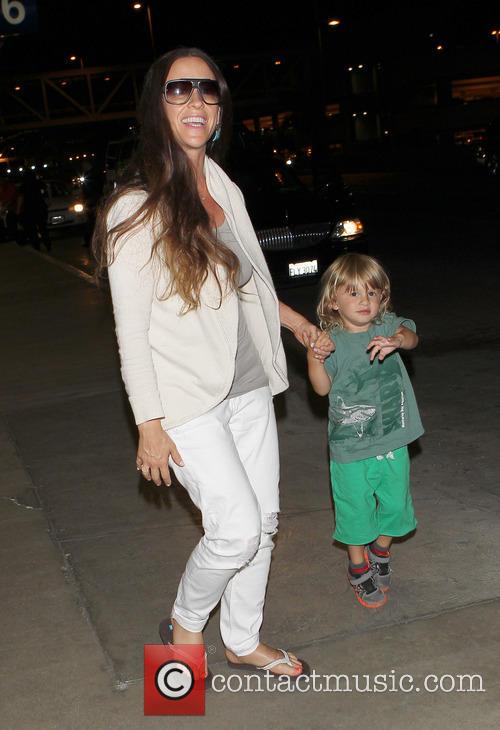 Alanis Morissette is looking to bring her hit 1995 album Jagged Little Pill to the world of musical theatre, with the singer apparently working on the script for a musical adaption of the hit album. The singer and songwriter is working on a stage production, also set to be called Jagged Little Pill, that will contain some of the album's most famous songs, as well as some of her other material and some new songs made specifically for the show.

According to Playbill.com, Alanis' stage show will be given a 2014 workshop production and it will include the songs 'You Oughta Know,' 'Hand in My Pocket,' 'Ironic' and 'You Learn,' in addition to a collection of other songs, both new and from her existing catalogue.

Tony and Pulitzer Prize winning composer Tom Kitt, who worked on the stage adaption of Green Day's American Idiot, will write the orchestrated portions of the songs and provide new arrangements for the tracks so they translate better on to the stage. Vivek J. Tiwary, who also worked on American Idiot, will produce alongside Arvind Ethan David. No director or arrival date for the show has been announced. 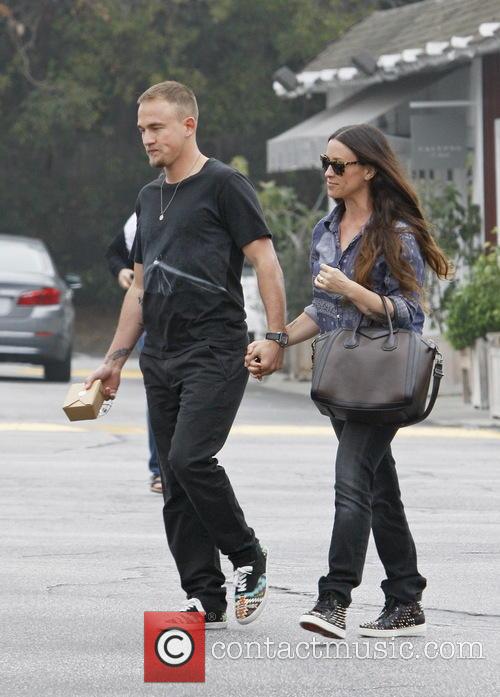 Following their secret wedding, Blake Lively and Ryan Reynolds have returned to work, with the former being snapped getting back onto the set of Gossip Girl, according to E! Online. Any hopes that there might be a picture of what sparkler Lively had been presented by Reynolds were sadly dashed, with photographers not managing to get close enough to the actress; however she did look happy, arriving to work in New York with a beaming smile across her face.

The surprise wedding occurred on September 9, 2012 when, wearing a custom Marchesa gown by Georgina Chapman, Lively said "I do" to Reynolds, who looked equally dapper in a Burberry tuxedo. It wouldn't appear that the couple had a honeymoon of any great extravagance, with reports stating that they hung about in in Charleston for a few days instead.

For actor Reynolds, he'll be hoping that he'll be lucky in love this time round after previous engagements haven't quite ended up turning out so well. He was engaged to singer Alanis Morissette in 2004, only for the two of them to mutually split three years later. After that he began dating Scarlett Johansson, with the pair even managing to get married in the Autumn of 2008. That ended in divorce in 2010 however, with Lively being his first relationship following that in 2011.

Amazingly, it's 17 years since Alanis Morissette's Jagged Little Pill stormed the charts. Her new record, Havoc And Bright Lights, is her fifth album since that moment where she graduated from being a pop princess to an angry young woman. While time is a healer, it's clear that she's still angry. The focus of her attention may have changed over the years, but her use of song writing as personal catharsis certainly hasn't. 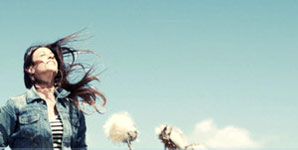 Morissette Disappointed By 'Sex And The City' Lesbian Kiss

Alanis Morissette made a cameo as a lesbian in a 1999 episode of 'Sex and the City' and had to kiss Sarah Jessica Parker, although she admits that it wasn't as interesting as she wanted.

Alanis Morissette expressed disappointment during an on-screen kiss with Sarah Jessica Parker. The couple kissed as part of an episode of 'Sex and the City' in 1999, in which Morissette played a lesbian. The 34-year-old actress has appeared in multiple shows like 'Nip/Tuck' and 'Curb Your Enthusiasm' before making a cameo in 'Sex and the City'.

Related: Almost 20 Years On, Dave Coulier Is Still Hung Up On Alanis Morissette's "You Oughta Know "

During the episode 'Boy, Girl, Boy Girl', Morrissette had to kiss Carrie Bradshaw - the character played by Parker. However, Morrissete has now admitted that the steamy scene wasn't as thrilling as one might think. Morrisette explained: "I kissed Sarah Jessica Parker. I played a lesbian in 'Sex and the City' and I had to kiss her. I have experimented with same-sex relationships in my life, but it wasn't about enjoyment with Sarah Jessica. Her character was supposed to be reluctant about getting involved, so it wasn't a passionate kiss - it was a reticent one, which is the reason I didn't enjoy it."

Somewhere out there in the cinematic ether there's an elusive line between lewdly moronic raunch comedies like "Tomcats" or "Freddy Got Fingered" and sophomoric, low-brow sex and gross-out romps that can make even intellectual types laugh until $3 concession Coca-Cola comes out of their noses.

I don't know where that line is exactly. All I know is that "Jay & Silent Bob Strike Back" is hilarious.

The latest low-budget, high-dialogue laffer from Kevin Smith -- writer-director of "Clerks," "Mallrats," "Chasing Amy" and "Dogma" -- this film puts his perennial cameo characters front and center for a combination road-trip/ruthless Hollywood satire that is so blanketed with ribald raillery it feels like machine-gun fire hitting your funny bone.

Thanks to all the is-it-or-isn't-it-blasphemy controversy surrounding "Dogma," writer-director Kevin Smith has added a tongue-in-cheek disclaimer to the opening of this renegade ribbing of the Catholic church that is so amusing ("...God has a sense of humor, just look at the platypus") it will have audiences in stitches even before the first line of dialogue.

Whether or not you'll think the movie stays this funny will depend on how sensitive you are about your position on the religious yardstick, your threshold for soapbox pontification and what it takes to gross you out.

Smith, the maverick Generation X satirist responsible for ragtag underground hits "Clerks" and "Chasing Amy," makes no bones about testing the limits of irreverence and good taste in this ironically snappy and smart-mouthed theological deliberation. 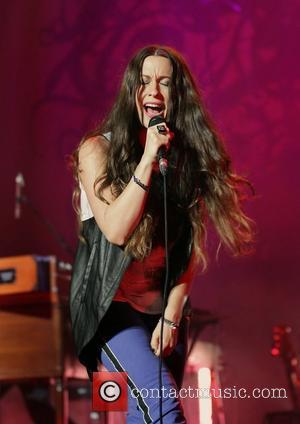 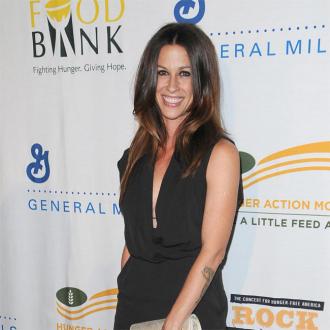 Almost 20 Years On, Dave Coulier Is Still Hung Up On Alanis Morissette's "You Oughta Know " 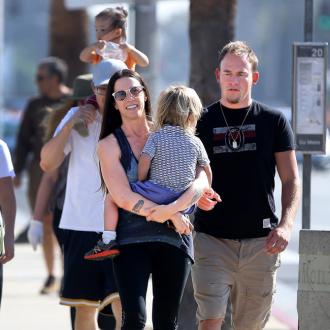