Honey Boo Boo has been left with a headache after a car accident that left her family shaken. 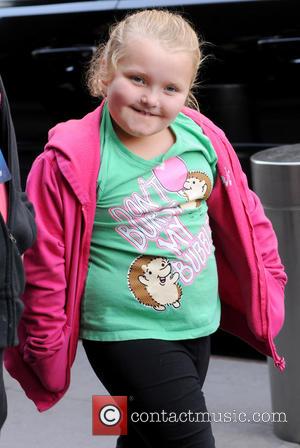 Honey Boo Boo and her family have narrowly escaped serious harm after getting involved in car accident on Monday (January 6th 2014) in Milledgeville, Georgia.

The 'Here Comes Honey Boo Boo' reality stars; including Honey Boo Boo herself, her mother Mama June, her sisters Pumpkin and Jessica and her father Sugar Bear; were nearly all injured after a speeding truck with no lights on crashed into their Chevrolet Suburban as Sugar Bear went to turn left at a traffic light according to TMZ.

8-year-old Boo Boo (real name Alana Thompson) is reportedly suffering from a headache after banging her head on the window, while her father has a bruised back, her mother has a sprained neck and back and her sister Pumpkin has bruises on her chest and is having panic attacks. TMZ did not report that Jessica suffered any damage and neither of the other two sisters, Anna and Kaitlyn, were in the vehicle at the time.

Honey Boo Boo took to Facebook to reassure fans that no-one was seriously hurt and added, 'car can b hopefully fixed but great the other guy wasnt hurt (sic)'. A good thing too, as Mama June told TMZ, 'We've only had that Suburban for 6 months and it's not even paid off yet.'

The driver of the other vehicle was 19-year-old Seth Cagle who told E! News, 'I struck him because he cut me off. He made a left hand turn when crossing on-coming traffic-that is when he struck me and I struck him.'

His lawyer later added that Cagle 'was not cited of any traffic violations. His contention is he was driving within the speed limit and Thompson made an error in judgment.' 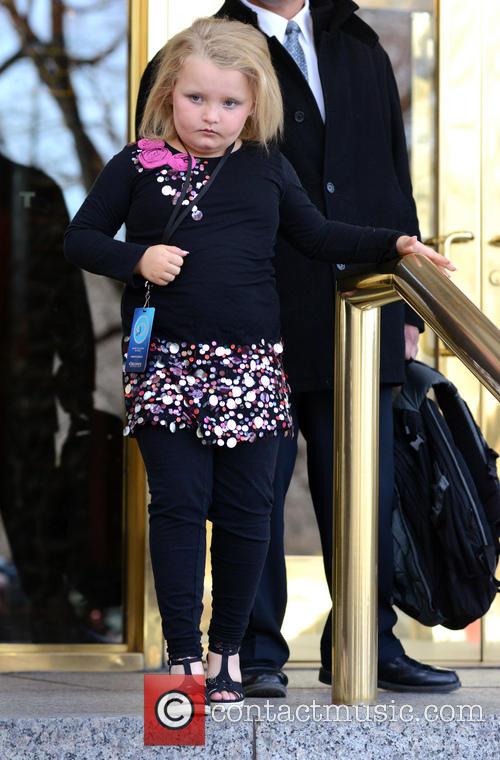 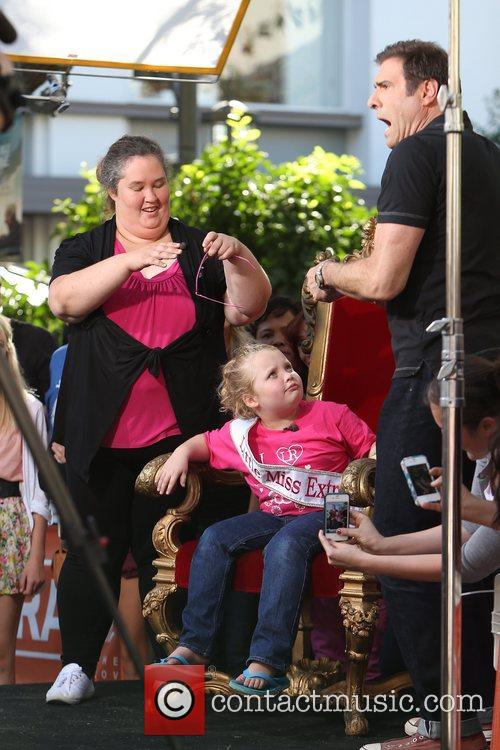 Mama June, Sugar Bear and two of Boo Boo's sisters were also in the car