According to TMZ.com, Tony was arrested in November 2012 for a dangerous prank in which he dressed as a giant gorilla and scared people on the side of a freeway. It was a stunt that Honey Boo Boo matriarch Mama June was none too pleased about. In fact, she's no longer comfortable with Tony appearing on the show, saying, "We love him as a friend ... but that was a crazy story..Not trying to be mean, but we want to keep it family oriented." Honey's mother also made it clear that while Tony goes by the name of "cousin" on the show, he's not actually related to the family. She added, "Crazy Tony's just a family friend... who is just crazy." Did anyone mention that he's crazy, too? A representative for Tony says he's disappointed by the news, adding, "TV's changed that family."

Last week, it was reported that Mama June is dumping all the earnings from the TLC reality show into five separate trust funds for her children and grandchildren. The family reportedly earn between $15,000 and $20,000 per episode. 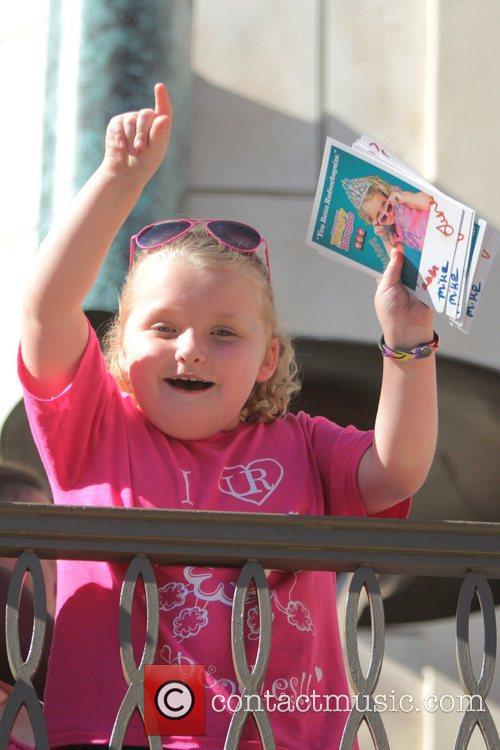 The Terrifying Alana Thompson Is One Of The Richest Kids Around!