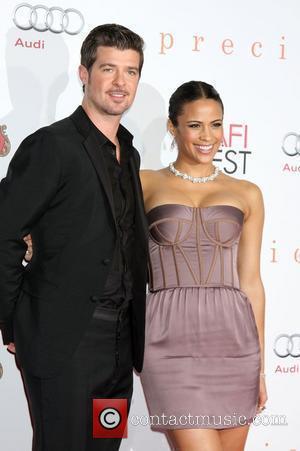 Veteran actor Alan Thicke uses his son Robin Thicke's new album SEX THERAPY to help get him in the mood with his wife TANYA CALLAU.
The Canadian star admits he's an "unabashed fan" of his soul singer son, whose latest singles Shakin' It For Daddy and Somebody to Love have helped him climb to the top of the U.S. albums chart.
And the TV star admits he cranks up Robin's tunes when he's "getting his cuddle on" with Callau.
He says, "Ordinarily... you wouldn't want to hear your son's music, but it is romantic. It's not like he's singing, 'Go daddy, go!' It is a mood setter."
Robin Thicke is Alan's son from his first marriage to actress/singer Gloria Loring.