'Thor: The Dark World' Alan Taylor has revealed the movie will look more ''ancient'' than the first movie.

'Thor: The Dark World' will have a more ''ancient'' look.

The film's director Alan Taylor replaces 'Thor' filmmaker Kenneth Branagh on the sequel and he insisted on dispensing with the stylish visuals seen in the first film because he wanted to set a darker tone in the sequel.

He said: ''When I had that first meeting with Marvel I said, 'I liked the first one but for me the world would look different, it would feel different.'

''I mean, I really respect what they did. It was a conscious choice to say, 'These are not ancient gods, this is an alien race that's been mistaken for ancient gods.' Which is an intriguing way to do it and it's supported by Marvel mythology. But it had the effect of making everything new and shiny and that was what bugged me the most. So I came in thinking, 'OK, let's look at the ancient and see what happens.' ''

Despite his new ideas, the director - who has previously overseen episodes of gritty fantasy TV show 'Game of Thrones' - still hopes there is a good balance of humour in the film, something that featured in the initial movie and 'The Avengers', which also starred Chris Hemsworth as Thor.

He added to Empire magazine: ''It's really important that it still be funny. Can we really make it more visceral and meaty and weighty, and also still got that tone of humour? There's actually people getting killed, people getting maimed - and then you have a comic relief moment!''

'Thor: The Dark World' sees Hemsworth reprise his role as the titular hero, while Tom Hiddleston, Natalie Portman and Sir Anthony Hopkins all reprise their roles from the first film. 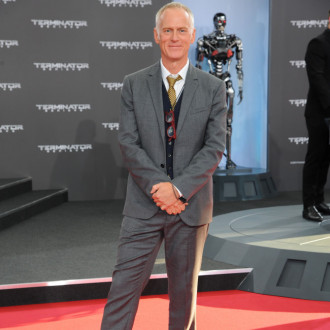