This European Noah's Ark adventure pales in comparison even with more lacklustre Hollywood animation, mainly due to a script that simply doesn't hold water. Even if the animation were up to a higher standard, the plot and characters simply refuse to engage the audience. Only those so young that they don't care about the story will be hypnotised by the brisk pace and bright colours. Virtually everyone else will be turned off by a lazy approach that seems to assume kids won't notice. 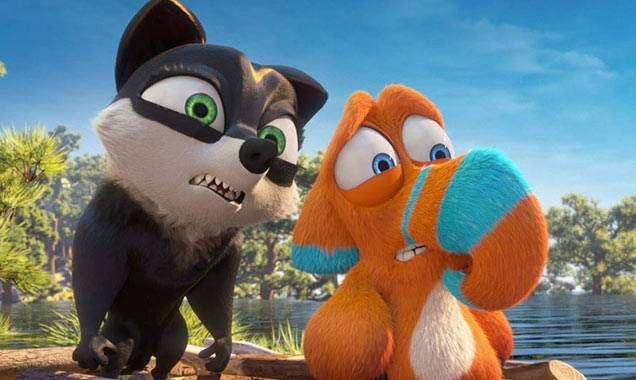 As a flood approaches for no reason at all, animals are hoping for a place on the ark. Colourful nestrian Dave and his son Finny (voiced by Callum Maloney and Dermot Magennis) are shocked to learn that they won't be allowed on board, so they disguise themselves as family members of grymp Hazel and her daughter Leah (Tara Flynn and Ava Connolly). But just as the floodwaters begin rising, Finny and Leah find themselves separated from the ark. Arriving on a quickly receding patch of dry land, they team up with the blob-like Obesey (Paul Tylak) to get to higher ground as a pair of ravenous griffins (Aileen Mythen and Maloney, again) try to eat them. Meanwhile on the ark, Dave and Hazel must work together to commandeer the ark from the lion captain (Alan Stanford) so they can go back and rescue their kids.

The premise isn't bad, and it's a clever idea to depict the ark as a cruise ship. But the filmmakers never make the most of anything. For example, they mention Noah, but he's nowhere to be seen. More troubling are the nestrians themselves, purple and orange furry creatures with glowing blue stripes: they simply make no physical sense other than as abstract cuddly toys (by contrast, grymps are just grouchy bobcats). Meanwhile, the characters themselves are stubbornly unlikeable. Finny is so cheerful that we want to punch him in that orange nose, Leah is so morose that we would abandon her on a piece of passing driftwood.

By Christopher Null
Very Good
The dark side of Babe. Impressive attempt at recreating Orwell's classic book for TV, but it's lacking a few components, and has a really abrupt and unfulfilling ending. Keeps your attention for the full two hours, though, and worth a look, especially for Orwell fans who don't mind a little bastardization. Check out also the reissued 1954 version of the film.
1
Alan Stanford 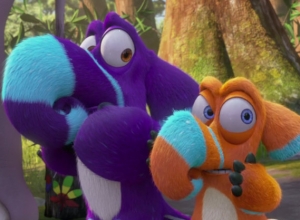