Alan Rickman has signed up to play New York club owner Hilly Kristal in a forthcoming movie about the country, blues and bluegrass music venue CBGB. 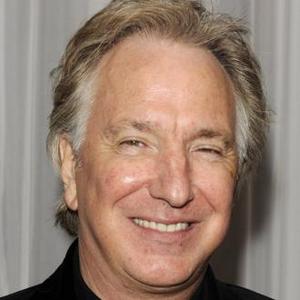 The 'Harry Potter' actor will portray the CBGB proprietor in a film about the legendary punk rock club which became renowned with musicians in the genre in the late 1970s.

The movie, entitled 'CBGB', centres around the real life story of Hilly's famous country, bluegrass and blues nightspot, which he opened in 1973, and its impact on the underground music scene, Billboard reports.

Randall Miller will direct the project, and he co-wrote The Script with Jody Savin, who believes Alan possesses some similarities to Hilly.

He said in a statement: ''We wrote this role for Alan Rickman who, like Hilly Kristal, is a true champion of the arts.''

The film is expected to start shooting in June, and Randall and Jody are also thought to be working on a biopic of the late Beach Boys drummer Dennis Wilson.

Alan - who portrayed Severus Snape in all eight 'Harry Potter' movies - recently signed up to play Ronald Reagan in forthcoming film 'The Butler'.