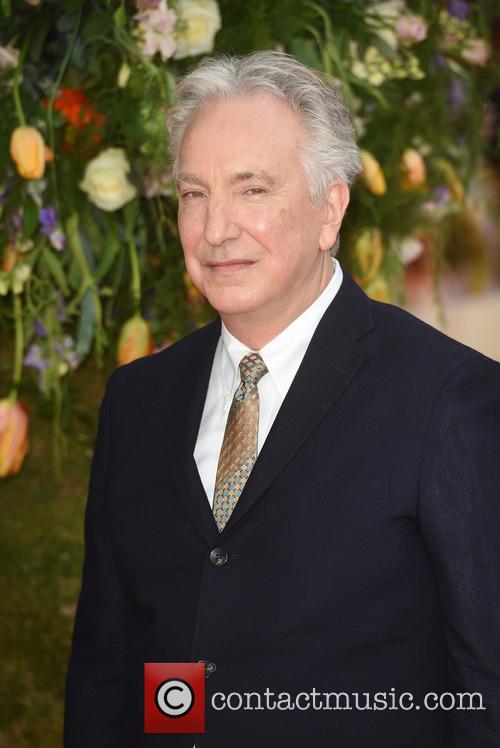 Speaking about his first film role, the actor joked that Die Hard producer Joel Silver picked him for the part because he was “extremely cheap.” However it all nearly did happen, as Rickman almost turned the role down. “I read (the script) and said, ‘What the hell is this? I’m not doing an action movie.”

But lucky for all of us, Rickman was persuaded by his friends to take the role, launching his big screen career. Three years later Rickman found himself as the villain in another big budget Hollywood movie, Robin Hood: Prince of Thieves opposite Kevin Costner.

Rickman revealed that after reading the script he enlisted playwright Peter Barnes to help him rewrite some of the dialogue. “He said, ‘well, you know here where it says you’re coming down the corridor and you’re wiping the scar off of the statue, you should have a wench in a doorway, and then you should say, “You, my room, 10.30,’ and then turn to the other wench and say, ‘You, 10.45.” Adding that his friend comedian Ruby Wax then came up with the punchline, “bring a friend.”

Turning to his work on the Harry Potter series, Rickman said that when he began playing Professor Snape he had no idea how the character’s story would end. “People thought  I knew a lot but I didn’t. There were only 3 three books (when we started), so I was learning with the readers, going, ‘Oh, he’s still in it,” Rickman said.

“At first I thought I can’t play this. I don’t know who Snape is. I’m going to need to speak to her (J.K. Rowling)….she gave me one piece of information I promised to never share and I never did but it made me know I had to drive down two roads at the same time.”

More: Alan Rickman Gets Behind The Director's Chair In A Little Chaos

But the actor did share one special secret from the Harry Potter set. “Sometimes there were 300 children on set, and at certain points they all had to go off and do some schoolwork,” the actor explained. Adding that when this happened, “in would come the very small adult actors aged 33 with a wig on their head.”

Rickman would then shoot scenes where it appeared he was addressing Harry, Ron and Hermione but things weren't quite as they seemed. “That ain’t the back of Daniel’s head, ” the 69 year old joked.

A Little Chaos, directed by and starring Rickman was released in UK theatres on Friday, April 17th. The film will be released simultaneously in theatres and VOD in United States on June 26th.