We'll be begging to rewind to 2015 before the week is out.

The New Year has certainly not got off to the best of starts and it is with deep regret that we have to announce the death of another legend of the entertainment industry. Alan Rickman, best known for playing Professor Snape in the 'Harry Potter' films, has passed away at the age of 69. 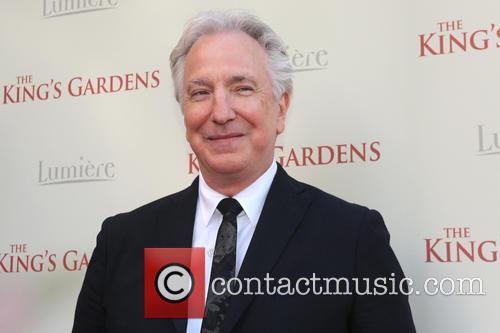 His death will come as a shock to fans, but for his family it was not so unexpected. The actor had been suffering from cancer, and they confirmed that he left this world in his London home with family and friends surrounding him. It was only on Monday (January 11th 2016) that we revealed the death of music legend David Bowie - also of cancer - so it's a pretty morose week for celebrity news.

Rickman appeared in all eight 'Harry Potter' films, released between 2001 and 2011, playing the role of the unpleasant but ultimately noble Slytherin professor Severus Snape. He is also recognised for his roles in action blockbuster 'Die Hard', sci-fi comedies 'Galaxy Quest' and 'The Hitchhiker's Guide to the Galaxy', British rom-com 'Love Actually', Tim Burton's musical horror 'Sweeney Todd' and Lee Daniels' 'The Butler'.

More: Watch the trailer for his upcoming movie 'Eye In The Sky'

Most recently, he appeared in the period romance 'King Louis XIV' with Kate Winslet; his second and last venture as a director, following 1997's 'The Winter Guest'. A modern war film entitled 'Eye in the Sky' is also due to be released on March 16th, in which Rickman plays the formidable Lieutenant General Frank Benson. He had also completed filming as the voice of Blue Caterpillar in 'Alice Through the Looking Glass'.

As much he was known for his heavy brow, sharp features and sonorous voice, he was in reality a down-to-earth and gracious man deeply loved by everyone in the British film industry - and well deserving of his multitude of awards including a BAFTA Award, a Golden Globe and an Emmy Award.

He leaves behind his wife of 3 years Rima Horton, who he'd been with since the age of 19 and was his first love.