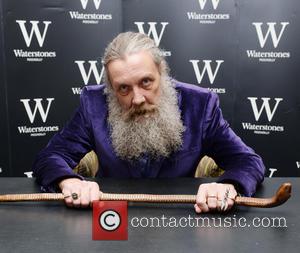 Moore, no relation, created the Hercules: The Thracian War comic series, which inspired the new movie. He died earlier this year (Mar14).

Alan Moore tells BleedingCool.com, "I would ask that anybody out there who gives a damn about Steve Moore or his legacy not go to see this wretched film. It is the last thing that Steve would've wanted. And I cannot un-recommend it too highly or anybody involved in it. I think it is absolutely shameful... There are also more positive elements of Steve's legacy."

Moore claims his namesake found out about plans to turn his comic books into a movie a few months before his death.

He says, "(He told me), 'I've just written them (comic book bosses) an angry email asking why I wasn't consulted in this and when I can expect the something like $15,000... I haven't heard back from them. There's just a deafening silence."

According to CinemaBlend.com, Steve Moore's contract with Radical Comics bosses, who sold the film rights, made it clear he would have no involvement or money if a movie adaptation of his comics was made.

Alan Moore adds, "The only consolation was that his name wouldn't be going on it."

Dwayne Johnson hits the big screen as Hercules in America on Friday (25Jul14).